There are several pests and diseases that could devastate the cranberry crops in Washington
State say the farmers if if lawmakers pass a bill requiring growers to give the Washington State Health Department up to seven day notice before spraying.  Many of the most crop destroying pests get out of control in much less time than 7 days. 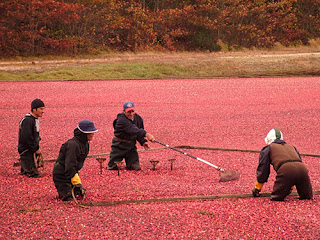 Senate bill 6529 was introduced by Seattle Democrat Rebecca Saldana raising opposition from cranberry farmers.
Washington Wheat farmer Nicole Berg was asked to rate the bill's threat on a scale from 1 to 10 She answered "10".

Under the bill  farmers would be required to give 4 business days notice before spraying.  I you add holidays and weekends it could extend the time to a week.  Then Health Department Officials would give schools and residents within a quarter mile  a 2 hour notice.

The amount of pesticide to be applied for each spraying would have to be made public each month and farmers not filing the correct information could be fined $7,500. 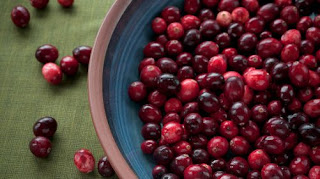 February 2 is the deadline for passing the bill in order to keep it alive.  In light of the opposition it is not likely to pass this session.  Saldana wants to work with the farmers to refine the motion for next year.  She said  “This is something I’d like to continue to work on,” .


Representatives from the Washington State Labor Council, Columbia Legal Services, Washington Environmental Council, Washington Education Association and Washington State PTA endorsed the bill at the hearing.
Farmers and pesticide applicators stressed they don’t know four or more days in advance whether the wind and rain will let them spray.
“Most often aerial applicators are Minutemen for growers,” said Gavin Morse, a Warden applicator and president of the Association of Washington Aerial Applicators. “Wind and environmental conditions do not operate on a schedule.”
The state Department of Agriculture in 2017 issued seven fines in incidents that exposed people to pesticides from farms. In the worst case, which did not involve applying a pesticide, fumigant tablets that were improperly disposed of exposed 11 men, including farmworkers, a garbage truck driver and emergency responders, to poisonous gas.

Posted by Laureta at 6:06 PM No comments: